Get fresh music recommendations delivered to your inbox every Friday.

divorce lawyers i shaved my head

by jordaan mason and the horse museum 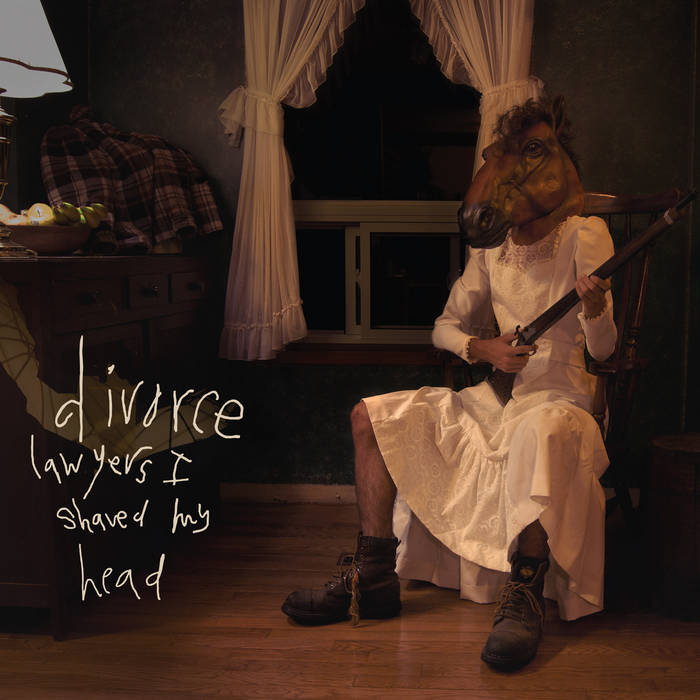 Mackenzie Lageson Back in high school, happening upon this album was tantamount to finding religion. Every song walks that sweet, shivery line between eccentric "weird folk" and true outsider art--encompassing both definitions, yet confined by neither. This record holds a singular place in my heart, and I hope all the best for Jordaan Mason and their future artistic works. Favorite track: 1990 was a long year and we are all out of hot water now.

heckicus_doomicus_wizardus This album changed my life and I can never thank Jordaan enough for it, so I'll say it here. Thank you Jordaan for changing my life :) Favorite track: 1990 was a long year and we are all out of hot water now.

saladsburneraccount an album that refuses to not leave me speechless everytime. the documentary that recently came out about it is also really cool and i definitely recommend it! Favorite track: wild dogs: divorce!.
more...

wandered around small towns in the middle of the night until the feet stung and swelled; woke up in hospitals after black-outs; fell in love with a boy but a girl but a boy but a girl; thought long about what is that thing between my legs; shaved my head. no identity, now.

then a lot of us started singing, banging, breaking. what was once a single voice grew into many. one broke an arm, one wrote a book, one kept bees, two were bashed, two finished degrees, more & more came in and out of rooms. after many more black-outs and long nights hollering until the throat stung, we had 'divorce lawyers i shaved my head,' an album that amalgamates sexual histories into a story about a failed marriage between two people of confused genders and identities taking place during a glandolinian war in 1990.

if you are interested in learning more about this album, you can watch the documentary jake bellissimo made for free here: www.youtube.com/watch?v=1qxtgHJuXBU

"divorce lawyers i shaved my head" was recorded/mixed by bryar gray & jordaan mason at the oxford hotel, bryar's house, and st. george the martyr church (all in toronto) from december 2007 - march 2009, except "o jarhead! o wife!" which was recorded/mixed by mat vuksinich at das gasthaus in arcata, california in may 2007. the songs were written by jordaan & arranged by the horse museum. the album art was photographed & designed by tara fillion.

if you like this album and also care about the well-being of dogs, consider buying this comp which features a stripped-down version of the song "wild dogs: divorce!"
cryaboutitrecords.bandcamp.com/album/for-dogs-by-dogs-charity-comp

note to listeners: if you would like a digital download but can't afford it, just get in touch at the contact link below & i will get you a download code, no questions asked. if you like the music i want you to have it, so please get in touch.

Bandcamp Daily  your guide to the world of Bandcamp

Damu The Fudgemunk shares his recent collab with Def Pressé, plus jams from Common and more